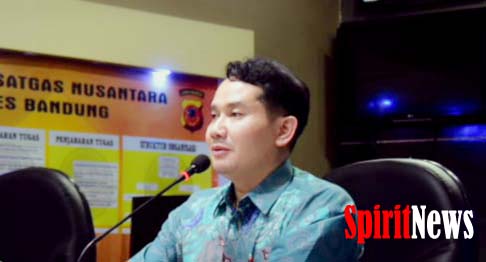 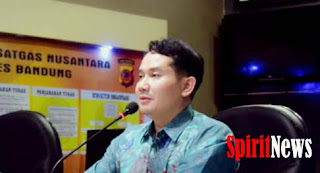 Jakarta, SpiritNews. com.- One of the Government of Indonesia current strategic programs is to realize Indonesian maritime as the world's maritime axis, which means they have consequences for all state apparatus to participate in the program's success.

Including the National Police of the Republic of Indonesia, in this case the maritime police (Polair), both in the context of providing security and safety of waters and also protection of the marine environment.

This is in line with Indonesia's foreign policy that reflects the identity of the archipelagic state which is realized through maritime diplomacy.

Indonesia's active participation since 1961 in the International Maritime Organization (IMO) is an effort to strengthen Indonesia's foreign policy based on national interests and identity as a maritime nation.

Commissioner of Indonesia National Police Commission Dede Farhan Aulawi when asked to respond to the submission of the IMO International Convention Accession Document from the Indonesian Minister of Transportation to the Secretary General of the IMO on 29 November 2019 in London.

Dede stated that as a member of IMO, Indonesia is obliged and has ratified the Basel Convention on the Control of Transboundary Movements of Hazardous Wastes and Their Disposal (Basel Convention) in 1989, the International Convention on Maritime Lines and Mortgages in 1993, and the ILO 185 Conventions on Identity Documents Seaman in 1958.

Furthermore, Dede also added that Indonesia's success in the selection of IMO Council members certainly posed a challenge to Indonesia to increase the assuring of security and safety of efficient shipping while also increasing protection of the marine environment.

In carrying out its active role as a member of the IMO Council, Indonesia is obliged to place safety as a top priority in Indonesia's shipping activities. In December 2015 Indonesia stated that it had ratified the Ballast Water Management (BWM) Convention with Presidential Regulation (Perpres) No. 132 of 2015 concerning Ratification of the International Convention for the Control and Management of Ballas and Sediment Water from Ships. With the ratification of the BWM Convention, Indonesia will contribute to safeguarding the maritime environment by conducting surveillance and inspection of foreign vessels dumping ballast water in Indonesian waters. Said Dede.

IMO is a special UN agency responsible for the safety and security of shipping and pollution prevention activities at sea by ships. Technically, IMO has the task of updating existing legislation or developing and adopting new regulations through meetings attended by maritime experts from member countries, as well as other intergovernmental and non-governmental organizations such as BIMCO, CMI, Greenpeace, and IALA.

The outcome of the IMO committee and subcommittee meeting was a comprehensive international convention supported by hundreds of recommendations governing various phases in the field of international shipping.

Recommendations in the shipping sector issued by IMO in principle are related to activities aimed at accident prevention, including ship design standards, construction, equipment, operational and labor activities based on international agreements, including the International Convention for the Safety of Life at Sea ( SOLAS) in 1974 and 1978, the 1973 Convention for the Prevention of Pollution from Ships (MARPOL), and the 1978 Standards of Training, Certification and Watchkeeping for Seafarers (STCW).

Important things in the various conventions emphasize that every country has an obligation to maintain the safety of navigation in the country by providing aid to navigation equipment such as lighthouses, buoys and the required signs. IMO also regulates the standardization of the use of equipment and also shipping safety.

Most of these international maritime conventions actually call for the important role of Polair as a state tool to carry out obligations relating to security, safety and protection of the marine environment.

This is also one of the focuses of Kompolnas's attention in strengthening the strategic role of Polair in all territorial waters of Indonesia. Of course there are still many things that need to be corrected and must receive mutual attention, because it will directly or indirectly have an impact on the dignity and honor of the country in the international eyes in terms of adherence to implementing various mutually agreed rules. Decisively Dede ended the statement. (*/Df).

Sign up here with your email address to receive updates from this blog in your inbox. 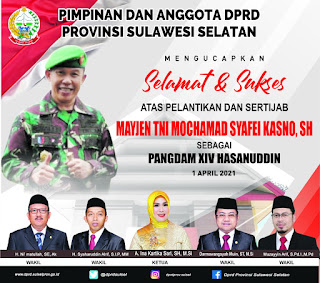 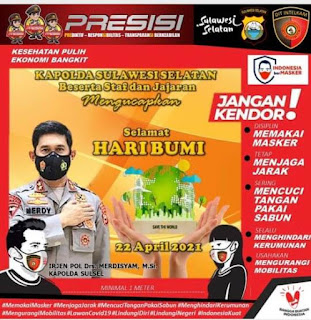 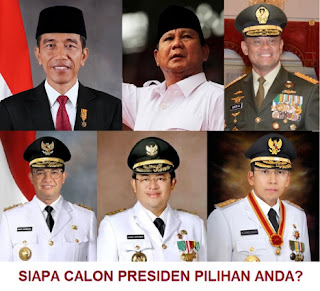